My quiet and calm day rolled over and turned into a rage of all sorts in a hurry.  After a relaxing flight over the construction site at the new elementary school in the afternoon,

I headed back to the office to process the photos and produce a short video.  I got caught up on a bunch of projects I have been putting off and set off to the annual chili & chowder taste challenge.

I was halfway there when I heard a call over the scanner of a 10-55 rollover.  My first thought was how many times have I heard that and get there to find the car had rolled back onto its wheels and the person walked away with little damage to the car.  Nothing to shoot.  But when they said the vehicle was on its side and the driver was trapped, I was glad I had already turned around and headed to the scene.

Halfway there I heard the driver ” self-extricated” and became disappointed.  Is that morbid and cold?  I would later be punished for my evil thoughts.

I shot a number of photos from numerous angles and was watching the amassing crowd when a car came from a side street and slowed to rubber neck and slowly squeeze past the ambulance…… but then stopped.

An angry dude began shouting at him to move and the driver said something back to him.  The angry dude seemed to be looking for a fight so I shot a few frames of him yelling at the young man who remained calm and seemed aghast by the aggressive nature of the guy.  For what?  Stopping and looking for a second.  It was literally a few seconds that he had stopped before the white dude went off on him.  I said to myself, “typical downtown Lewiston.”  And then thought, “God’s gonna punish you for thinking that.”  After all, I had no idea what was said and became judgmental.

I was now running late and the chili-chowdah thing was gonna wrap up within a half hour so I had to hustle to the Ramada.  I was feeling good about the photo I got from the accident and thinking about the road rage incident (insert foreshadowing here) when I pulled into the parking lot where somebody had just backed out of a spot right in front of the entrance.  I was thinking of how lucky I was to find a spot so close.  What I missed was a car backing up to pull into the spot.  I thought he was parked, waiting for somebody to come out but when I got out of my car, he let me know that he was going for that spot and I was a jerk.  I apologized profusely and told him I would back out and he could have the spot.  He was not impressed and said he would take the other spot that was open 3 spaces away.

It was not until I was driving home did I think of how I missed a golden opportunity.  Instead of having a man and his wife hate me for what I did, I could have taken the opportunity to offer to take a family portrait of them to help appease them and try to make things right. They had two small children.  Instead, I just made another enemy today, along with the people involved in the accident that are sure to be angry with me when they see their photo in the newspaper in the morning.  Actually, I doubt they will see the newspaper photo as not many people read it anymore but somebody will surely share the Facebook post or article on our website.

At the end of the day, I met so many old friends and associates at the tasty assignment and had a bunch of laughs, so it wasn’t a bad day after all. 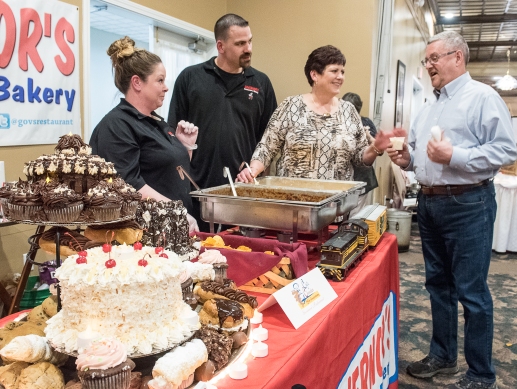 If all the days were filled with troubles like this I wouldn’t mind.  In the grand scheme of things and compared to other days where I have to cover death and destruction, I shouldn’t complain about today.  Besides, I will be done my day just in time to watch the last few innings of the Sox beating up on the Yankees.  Life is still good overall despite some thoughtless decisions on my part!